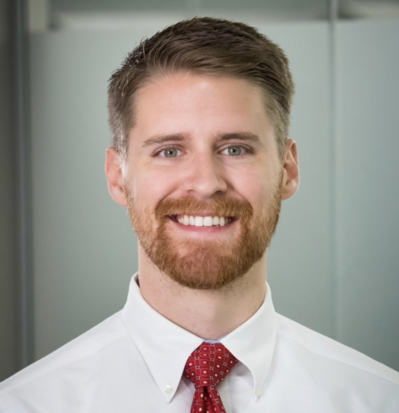 Dr. Williams is a North Dallas native that has lived in this area for the majority of his life. He has actually been a First Eye Care patient since he was in second grade and his parents have been patients since the late 80s. He previously worked as a technician at both FEC Dallas & Park Forest and is happy to be back as a part of the team as one of the doctors.

Dr. Williams received his Bachelor's degree in Biology from Texas Tech University and then went on to earn his Doctor of Optometry degree from the University of Houston College of Optometry. While in optometry school, Dr. Williams was heavily involved in many student organizations. He held leadership positions in the Student Optometric Practice Management Association (SOPMA) and American Optometric Student Association (AOSA). He also earned several clinical achievements including the Excellence in Primary Care Award for the Class of 2018 and was inducted into the Golden Key Society for distinguished student leaders in optometry.

After optometry school, Dr. Williams completed a Cornea and Contact Lens Residency at the University of Alabama at Birmingham School of Optometry where he gained an expertise in the management of anterior segment disease and specialty contact lens fitting. During residency, Dr. Williams had the opportunity to lecture in the field of specialty contact lenses as well as present a number of case posters at national optometry conferences.

These experiences have afforded Dr. Williams the opportunity to see patients in many different environments such as private practice, hospital, and research settings. His primary focus has been on anterior segment disease, specialty contact lens fitting, and pre- and post-operative co-management for cataract and refractive surgery. Dr. Williams is licensed by the Texas Optometry Board and the National Board of Examiners in Optometry. He is a member of the Texas Optometric Association, Scleral Lens Education Society, and the American Academy of Optometry.